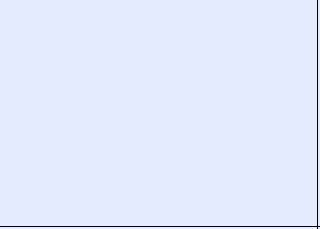 Slashdot has some physics articles:

One often hears that there is no such thing as a stupid question. But that's ridiculous. I get asked stupid questions all the time. Like when a student, during a multiple choice test, asks "I get the quantity 15, but do you want it with Joules in (a) or millijoulesin (c)?" And there are a whole slew of questions which are, at the very least, very annoying such as when they ask what chapters are on the upcoming test when I just answered the question.

But of course the expression that such stupid questions don't exist is just a cliche to encourage students to ask questions. That's a worthwhile goal, but I doubt its use has any effect.

The real problem I see concerns physics majors. I think we can turn out better physicists (and perhaps a better and more diverse group of them) if we can somehow get them to see that physics is all about asking questions (a good question mentioned previously here).

I may be a little physics-centric here, but I think physics majors face a double-whammy when it comes to overcoming fears and asking questions. The normal reticence of any college student aside, physics majors face a culture of confrontation. The physics instructors I've had made a habit of ...well, let's just say that many of them were obnoxious jerks. I don't think they meant any offense, I just think the atmosphere is one of one-up-man-ship. If my experience is at all generalizable to others, I suspect such an atmosphere would play a big role in discouraging diversity.

In any case, I've mentioned before that I find that physicists talk in this fairly confrontational style (mentioned previously here). I wonder, is there anything to be done about it?

I somehow made it through and became a physicist, and now I've got a small bit of power. Am I being obnoxious/confrontational? Can I encourage more questions? I try to acknowledge students when they ask questions which get to "the heart of the matter," but is this signaling to those who ask the other questions which don't get so rewarded that their questions are too simple? How do I get across that to be a good physicist one needs to be constantly asking questions and not taking things on faith...that their job isn't to digest the material we throw at them, but instead to process it, check whether they buy into it and whether it makes sense. They are the ones who need to see what everyone else has overlooked. Just telling them doesn't seem to do the trick. And of course, there will always be students who don't get it and who don't have what it takes, but who will, upon hearing such encouragement, dutifully ask plenty of questions of the type found in the title to this post!

I read Cosmic Variance regularly, and I'm a big fan. However, lately I've found all the discussion of travel a bit strange. So when I saw a comment to this effect today in response to Sean's latest I had a good chuckle. And then when I saw Sean's response, I figured that my day must be going better than his! Plus, Sean's wonderful use of irony in lecturing about the lack of importance of blog hits in the same post which celebrates the links to their blog...classic!

Rob opens up again giving people a glimpse into some of the stresses of this kind of job. Make sure to look at the comments.

Clifford is officially out of Cosmic Variance. Strange affair. Update: Clifford announces same without any commentary.

Doug describes faculty searches at Rice. That sounds like how Rice would do it. Don't expect such professionalism elsewhere.

Chad has a few posts recently about how to give a good presentation. In particular, he asserts, and I concur, that Powerpoint is no more evil than any other method of presenting. Good talks can use Powerpoint. As for his admonition against multimedia/movies, I don't share that prohibition. Instead, one just has to be ready and aware of the possible difficulties. For important talks, I usually generate the talk on one machine, transport it to another, virgin machine using flash drive, CDR, or some such, and see if everything works as is.
Posted by Angry at 5:39 PM 1 comment:

This recent talk of seat belts in buses (I think Steinn mentioned it recently, but I won't dig up the link) reminds of a good article on vehicle safety in Physics Today which appears available to all.

In particular, the figure which shows acceleration with and without different types of seatbelt very informative. This is the kind of information that is very relevant to students and quite understandable even at the introductory level.

The figure really brings home the point that acceleration (ie decceleration) kills.
Posted by Angry at 11:41 AM 3 comments:

Steinn reminds us that today is Guy Fawkes Day, November 5.

Reminds me of the movie V for Vendetta which I thoroughly enjoyed.

Of course, no relation to current events or the timing of Saddam's verdict.
Posted by Angry at 8:02 PM 5 comments: